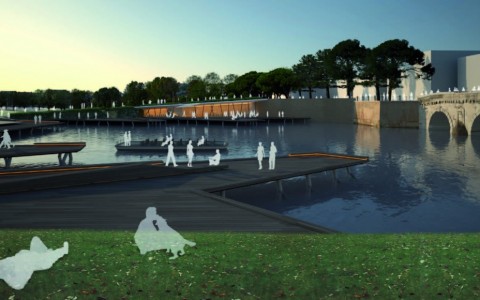 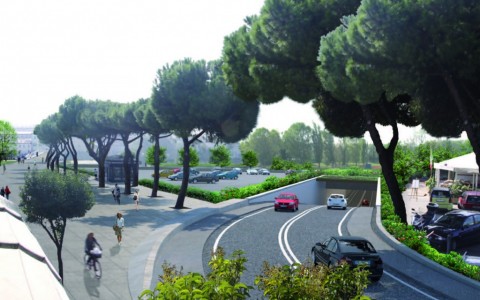 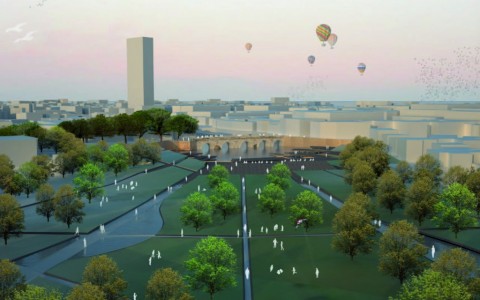 Rimini city of art: the Roman bridge over the river Marecchia , built between 14 and 21 A.D. by the emperors Augustus and Tiberius , was the starting point for connecting Rimini to Piacenza through the Via Emilia and to Aquileia through the Via Romea. The Tiberius Bridge is one of the features of the city, and as such should be valued and protected along with the surroundings. It’ s then reconnected ideally and materially with archaeological paths to other historical monuments. The Bridge of Tiberius finally ” freed ” the realization of the suspender link from the Western Ring Road at Viale Tiberio allows easy traffic decongestion in the vicinity of Tiberius Bridge and Via dei Ramparts Northern , creating a bypass on the base of Urban Planning since the 60s. The Tiberius Bridge is liberated from vehicular traffic , remaining in use exclusively as a pedestrian / bicycle path and assuming the function of hinge connection with the village of  San Giuliano , which thus becomes part of the historic center. The project also provides for the emission of water to the bridle of the wooden bridge to the port channel, emission useful for improving quality of the water that willbecome a benefit for the survival of the fish species. Security : The facility will be equipped with the most modern safety systems including fire detection, video surveillance system, equipment detection of traffic signs and light towers SOS.