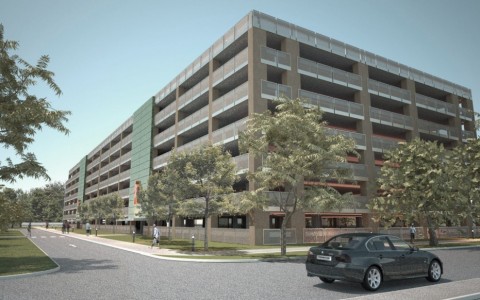 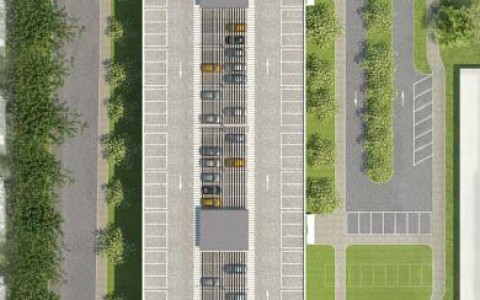 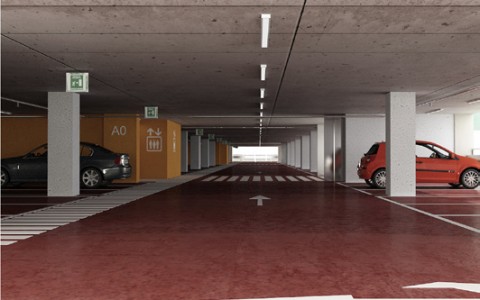 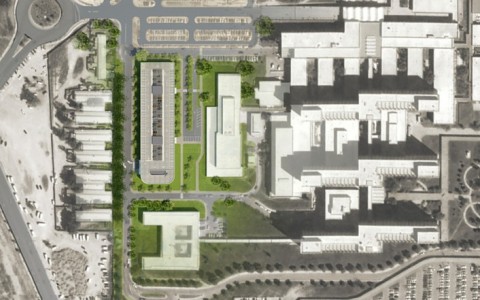 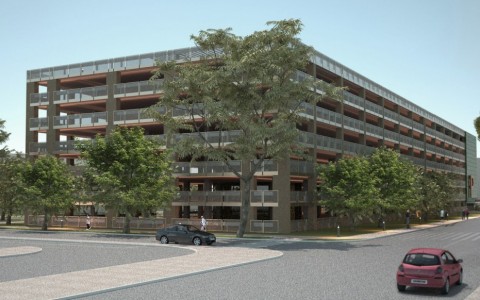 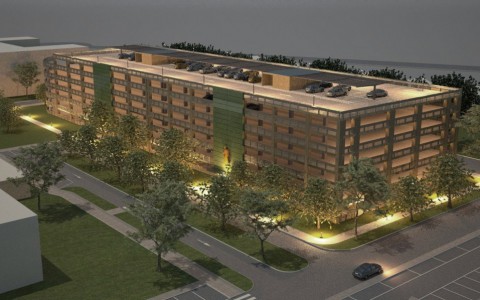 The area, next to the Tripoli Medical Centre, is constantly congested with traffic, where communicating roads are also often used as a parking lot by cars. The project located in this particular area, consists in the realization of a multi-storey car park with 7 levels, able to store 867 cars. The car park, is made with a reinforced concrete structure totally cast in situ.  A very thick mat foundation holds the vertical structure made of reinforced concrete walls. The floors, made of a concrete solid slab, are realized with the technique of the post-tensioned cables: the main structure consists of a double frame of steel post-tensioned cables.  We planned to finish the floors with concrete industrial finishing to avoid the increasing permanent loads. Structures have been calculated using the (Eurocode 2) for the Design of concrete structures. In the planning phase we also developed an elaborate way to speed up the building process in order to finish the car park in eighteen months. This method consists in rotating a specialized team during the construction process and creating systems for on site concrete production.