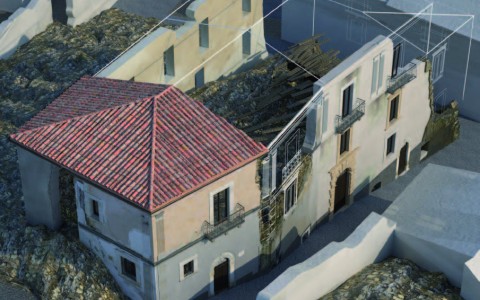 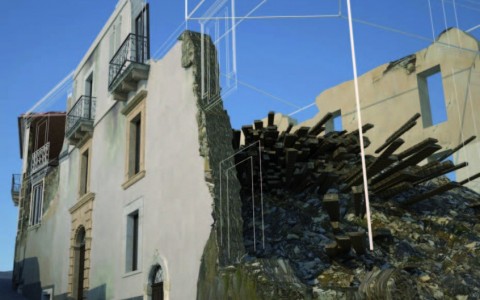 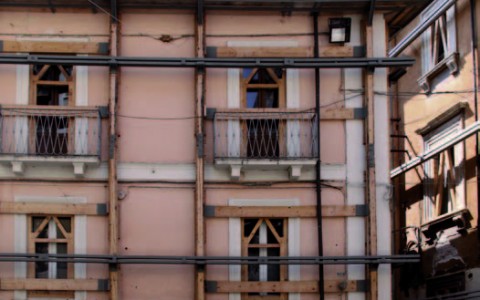 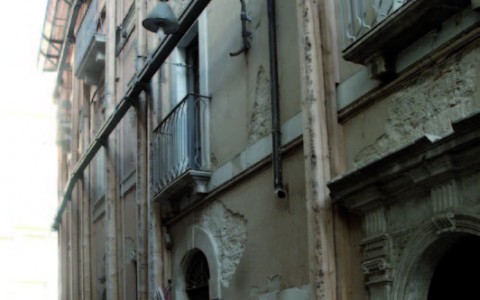 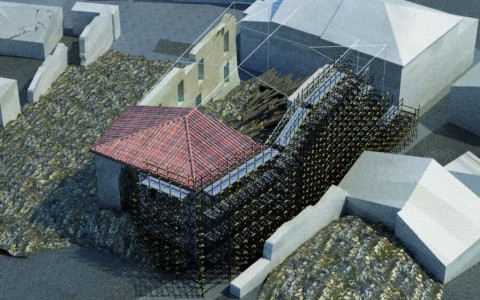 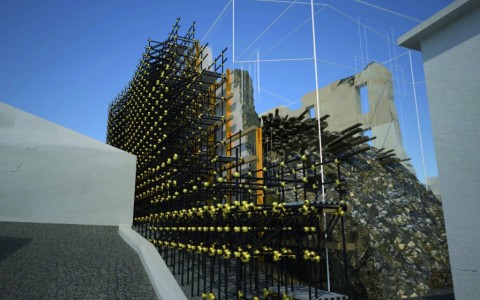 The building, located in the center of Villa Sant’Angelo, has a great importance from the historic and culture point of view of. The disastrous conditions in which it was after the earthquake of 2009 led to the choice of its total demolition. Due to its importance, the intervention of demolition had to be saving the greatest possible number of architectural elements. The presence of debris due to the almost complete collapse of the building permitting recovery for dismantling and cataloging of the only stone elements on the façade on Via Romana. To perform these operations in maximum security we designed with a modular structure made of metal tubular sections joined by socket joints. The metal structure is also designed to support the wall of the building in the event that during the works a new seismic event.