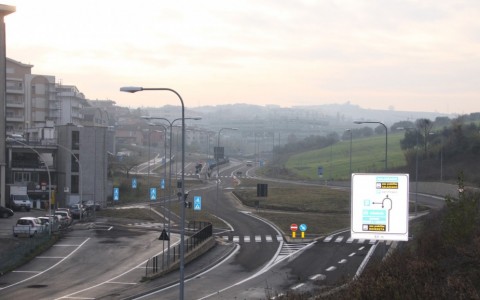 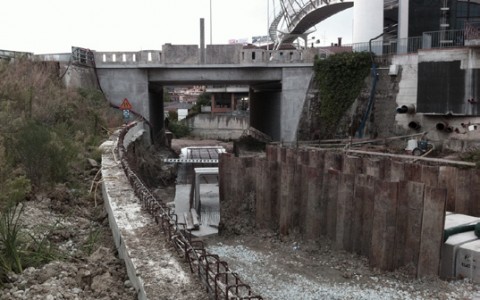 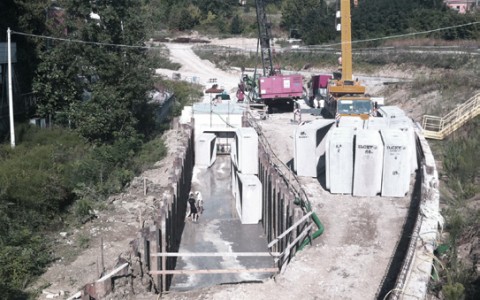 This project involved the realization of a road with the relative infrastructure along the edge of the road, measuring 2.000 meters, and the enclosing of the Marignano ditch, measuring 600 meters. The infrastructure links the industrial area of Galazzano (Italian Repubblic) with Dogana Bassa (Repubblic of San Marino).  The project involves the realization of road embankments with lime soil stabilization works, due to the presenze of unstable soils.  The soil mixing technique consists of mixing 2.5% of lime in with the existing soil within the embankments, laid in 40 cm layers . The enclosing of the Marignano ditch is realized with metal sheet pile shored up to each other, which prevents the land from slipping during work.  All the surrounding slopes are confined with bulkheads of a large diameter, covered with San Marino stone. The road is finished with bitumin.  Several flowerbeds are created with the planting of shrubs and large trees such as common oaks, pyramidal oaks, hornbeam and rural elms.