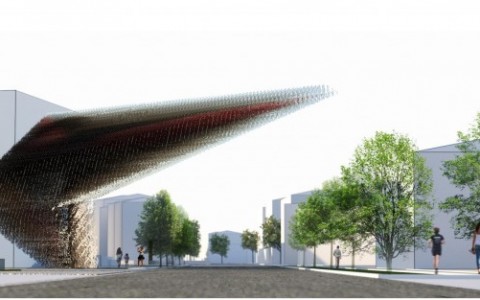 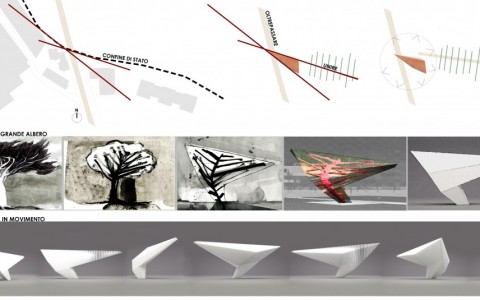 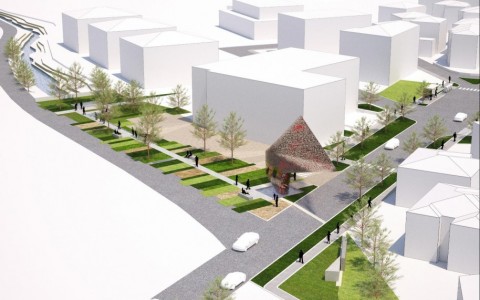 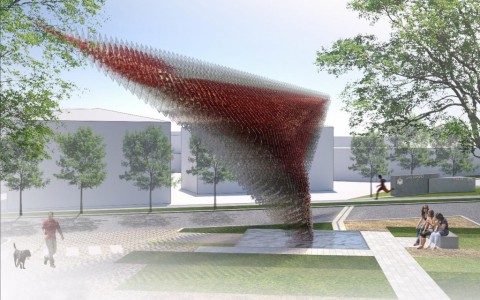 The new border sign of the Republic of San Marino is a land-mark, designed by the artist Leonardo Blanco, which alludes to movement.The base of the portal is not on the road, but instead suspended in correspondence to the state borderline. This becomes the ‘heart’ of the whole structure, being the new meeting point of the city ,being the point of arrival and departure from the city along the route developed along the river ‘Fosso del Re’ that will be transformed in to a park. It is an important landmark for the park and at the same time it becomes a support for the city. The context revised in this way helps the landmark to be important not only as an iconic work, but also as a ‘place’ where history, nature and spirituality are combined.We decided to enhance the sacredness of this place through the creation of a new park over the river bed that now is covered. This new park is delimited by a double row of existing trees on-axis with the location of the new landmark. The tree-lined route in the park helps to understand the new landmark and is a strong trace in the landscape and emphasis the portal as a symbol of union of the two states. The project gives back to the community a symbolic place that is born by the natural boundary that does not separate, but connect the two States.